4 Top Thanksgiving traditions around the world

Thanksgiving is a day celebrated in the United States and Canada where families spend time cooking, playing games, and sharing what they are grateful for. Thanksgiving began as a harvest festival and today is celebrated as a way to reflect on all of the blessings from the past year. Many cultures around the world have similar celebrations after a harvest to give thanks for the food that nature provides for them. It’s fun to know how people practice gratitude and celebrate nature’s bounty in different cultures.  Read on to learn about some interesting traditions from around the world.

Thanksgiving in USA and Canada

Thanksgiving in the United States is celebrated on the fourth Thursday in November. According to history, Thanksgiving Day is modeled on a 1621 harvest feast between indigenous peoples and European colonizers. Today, Americans celebrate Thanksgiving to give thanks to family and friends.

Being a harvest festival, the main attraction of this festival is the food. The highlight of Thanksgiving dinner is roasted turkey (stuffed with a mixture of bread cubes, onions, celery, and herbs) along with sweet potatoes, mashed potatoes, cranberry sauce, and pumpkin pie. 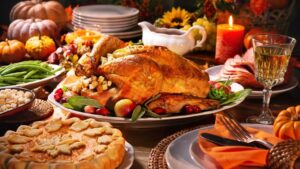 A Thanksgiving Parade is also a major attraction on this day. The most famous and the largest Thanksgiving parade, Macy’s Thanksgiving Day Parade, happening in New York City.

In Canada, Thanksgiving is celebrated on the second Monday in October. This day is focused on spending time with friends and family. A Canadian Thanksgiving dinner includes turkey as the main attraction coupled with maple syrup or apple cider. In addition, many sides are served such as maple glazed carrots, Brussel sprouts, creamed corn, cranberry sauce, or sweet potatoes. 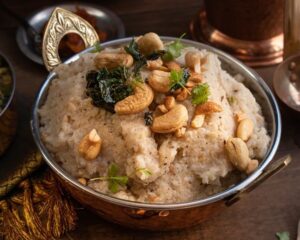 The four-day festival is celebrated in mid-January. The first day is dedicated to paying homage to Lord Indra, the god of rain. The second day is to worship the Sun God and to offer him rice boiled in Milk. The third day is for cows, adorned in beads, corn, and flowers and paraded around the town. On the fourth day, women of the house offer prayers by putting Pongal rice on a washed turmeric leaf asking for the prosperity of their loved ones.

One of the most popular festivals in Malaysia, the Kadazan festival is celebrated in May. The festival is dedicated to thanking the God who made rice. During this festival, people worship rice as they believe it is an extension of their Creator. 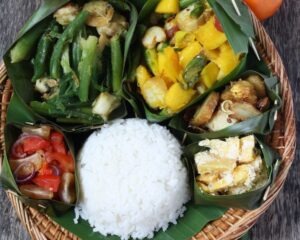 According to folklore, to protect the people from a great famine, God sacrificed his daughter and buried parts of her body across the land, which later became the paddy seeds. Therefore, Malaysians believe the rice grain has the spirit of life within it. People celebrate the Kadazan festival with fairs and performances based on agriculture, free-flowing rice wine, and buffalo races.

The harvest festival of Germany, known as Erntedankfest, is celebrated on the first Sunday in October. On this day, people fill giant woven baskets with fruits, grains, and vegetables, and carry them to the church, where it is blessed and then distributed among the poor. 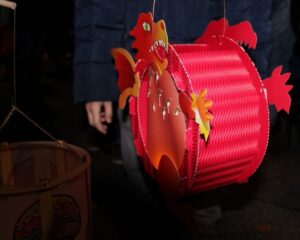 One of the main attractions for children during this festival is laternenumzüge, which is organized in the evening. Laternenumzüge is a lantern parade where children walk on the streets with self-made colorful lanterns.

Harvest festivals like Thanksgiving are focused on offering gratitude for all of the good things we receive from nature, Gods, and our family or friends.

What are you thankful for this year? If you have some other interesting Thanksgiving traditions to share with us, please share them with us in the comments!