Dress Up With Shoonya: Learn Clothing Words in Different Languages

Explore the exciting world of clothing and design Shoonya Kids Dress Up (coming soon)! Now, kids can explore clothing and accessories from all different cultures with our Dress Up Chapter. Design new outfits all while learning the language of your choice! Fun dresses, hats, scarves, and more allow children to tap, pinch, and stretch clothing items all while learning their vocabulary.

The first dress-up app of its kind, this Shoonya Kids chapter features incredible designs from all over! Want to learn more about the history of the clothing featured in our app? Read below and let us know which is your favorite. 😊 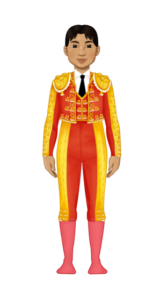 Traje de Luces, or “suit of lights”, is the traditional ensemble of the Spanish bullfighter. Did you know matador’s were often accompanied by “squires” that assisted them in getting dressed before a big fight? This was typically considered a lucky ritual. The pants and jacket of the traje de luces are typically the same color, embellished with pieces of gold. A bullfighter can pick the colors of his suit based on preference or even superstition. What colors would you choose if you had the chance? 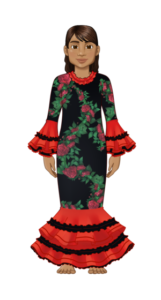 In the 19th century, Andalusian peasants who accompanied their husbands to livestock fairs dressed in the frilly coats they wore during their daily chores. Overtime, bourgeois ladies gained interest in these “suits” and started to add on with more exclusive and delicate elements. Overtime, flamenco fashion gained popularity and cultural elites continued to develop the design and trend. By the 1950s, flamenco dresses were adorned with ribbons and large satin bows. They are still worn today, continually influenced by modern style and personality. 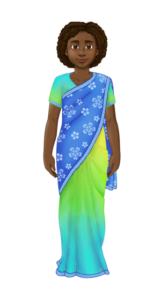 The origin of the sari can be traced back to the Indian subcontinent around the 5th millennium BC. The sari is usually wrapped around the waist and draped over the shoulder. It is worn with a fitted bodice known as a choli and a petticoat, or ghagra. There are more than 80 known ways to wear a sari depending on the region and occasion! 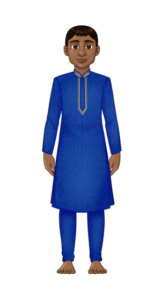 The traditional kurta is made of cotton or silk. It is worn plain or with embroidered decoration, such as chikan, typically falling either just above or somewhere below the knees. The front and back of a traditional kurta are made of rectangular pieces, and its side-seams are left open at the bottom, up to varying lengths, to enable ease of movement. The kurta can be worn by both men and women and can be worn over ordinary pajamas or even jeans. 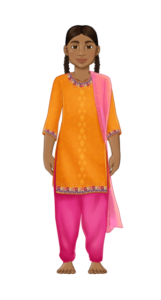 The Punjabi Dress is typically made up of a tunic and a pair of trousers and is also known as the Salwar Kameez. One of the most popular versions of the Salwar Kameez is known as the Anarkali suit, featuring a long kurta that flows out from the waistline and adorned with detailed embroidery work. Today there are hundreds of variations and styles, and Indian women may wear them on more casual occasions or for fancy events. 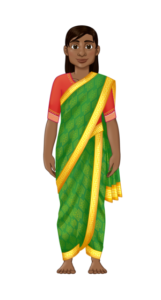 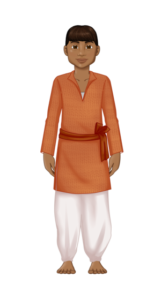 Another style of Kurta Pajama, this Marathi-inspired outfit is another great Indian classic. 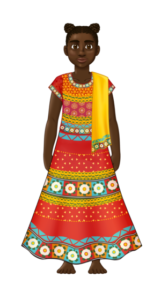 Garba is a style of dance that is performed during Navratri (a 9 day festival for the Goddess Durga). Dancers often perform in colorful attire (a Chaniya Choli), a three piece outfit with a Choli (blouse), a Chaniya (long flared skirt), and an embellished dupatta. They often feature colorful designs, embroidery, and mirror work and are paired with statement jewelry. 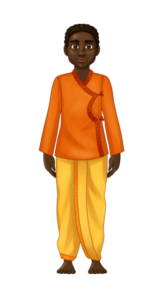 Dhoti Kurta is a classic traditional men’s Indian clothing piece. Previously, Dhoti kurta was widely adopted as a classic choice Indian men because of its comfort and ease. Today, it is something that men wear only during special occasions such as weddings or festivals. 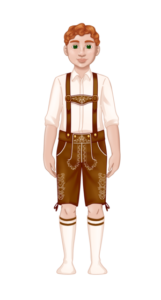 Lederhosen were never intended to be a traditional costume. Rather, they were created as work wear for peasants. Leather was a good high-endurance material for laborers and farmers to wear in demanding work conditions. In the 16th century, French culottes (or knee breeches) started to popularize throughout Europe. The French made their clothes from softer fabrics, as the culottes were used for leisurely and aristocratic apparel. 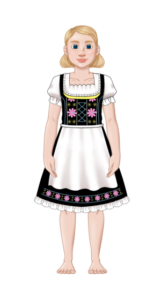 The dirndl is typically regarded as a folk costume, a feminine dress with a tight bodice worn by women and girls in German-speaking areas of the Alps! It features a high-waisted skirt and apron and is based on the traditional clothing of Alpine peasants. 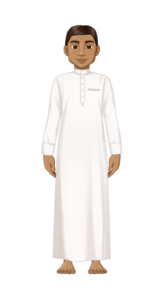 A thobe (also known as Qamīṣ in Arabic) is a long, ankle-length garment with sleeves commonly worn by men in Iraq and neighboring Arab countries. Thobes are often worn to provide protection from heat and UV rays, though there can be many different variations and styles. 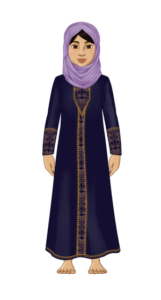 The abaya is often worn by women in parts of the Muslim world and has been adopted for religious reasons, maintaining modesty and privacy. It is also highly practical for protection in case of sandstorms or dusty weather. Many women where black or dark-colored abayas for further privacy. A hijab is a veil also worn by Muslim women in public and in front of men who are outside of their immediate family in order to uphold cultural standards of modesty. It holds religious significance in the Quran where it suggests Muslim men and women maintain modesty.